Having started building guitars at school, the combination of woodwork, electronics and aesthetics made guitar building a natural choice for me. But I only really took the career seriously after deciding that a decade as a Carpenter and Joiner wasn’t scratching a particular itch.

I started at the bottom of a very steep learning curve about 15 years ago. Working on friend’s guitars as well as my own. Being greeted with a cupboard full of broken Superstrats at a friend’s house meant that my learning curve covered many genres of guitars very quickly.

This fuelled the fascination for both building and repairing guitars. While is it very difficult to start a business building guitars on your own, and I give totally respect to anyone who managed it, I found much more job satisfaction in repairing instruments. The look on customer’s faces when you hand them back one of their favourite guitars, possibly the first guitar they leant to play on, in fully working order, all setup and shiny again, became a very enjoyable part of the job.

The research behind some of the more extravagant wiring suggestions from customers sparked an interest in just what could be done within the confines of a guitar body. How far could you push an instrument’s wiring to produce the most varied tonal palette, but also how to make simple upgrades to a customer’s guitar to make it feel far better to play.

Over the years I’ve found a number of blogs and forum rabbit-holes to get lost in while searching for information. Some of which I started archiving while working on customer’s instruments, some just for my own interest. After looking at the range of guitar repair textbooks available, it was clear that they really hadn’t been updated in a while. “Now with Floyd Rose” plastered on the front cover within a bright Clipart-style star dated the textbooks even more than the hardware they were talking about.

So I decided to write my own. Before I got around to publishing, other work commitments got in the way. Then Covid happened, changing, among other things, the working environment for everybody. Instead of publishing a physical book I decided to set up this blog instead.

It’s the culmination of a lot of different aspects of the guitar building and repair world. From electrics and pickups to hardware and setups. This way, when I find out more information, I can  post about it.

Brands we work with 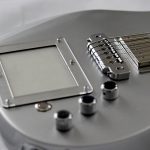 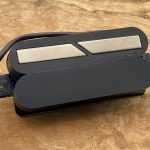 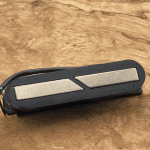 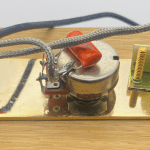